After finishing its best month of gains in about three decades, the stock market started May on a sour note as sentiment turned negative on the worsening unemployment situation and increasing tension between the U.S. and China over the spread of coronavirus.

Millions more Americans filed for unemployment benefits last week, sending the six-week total above 30 million since the coronavirus pandemic began to shutter businesses across the country. With that huge economic cost, President Donald Trump threatened to slap tariffs on Chinese imports, blaming the Asian nation for misleading the world about the pandemic.

If Trump acts on his threat, that could again start a trade war between the world’s two largest economies, diminishing prospects for a quick economic recovery. All major U.S. benchmarks, including the S&P 500, Dow and NASDAQ, slumped about 3% on Friday.

In the coming week, we’ll still see a few big names from different sectors of the economy reporting their first-quarter numbers. Here’s what we’re watching:

The Walt Disney Company (NYSE:DIS) reports earnings for the fiscal 2020 second quarter after the closing bell on Tuesday, May 5. Analysts are expecting $18.05 billion in sales and $0.93 a share profit per share. 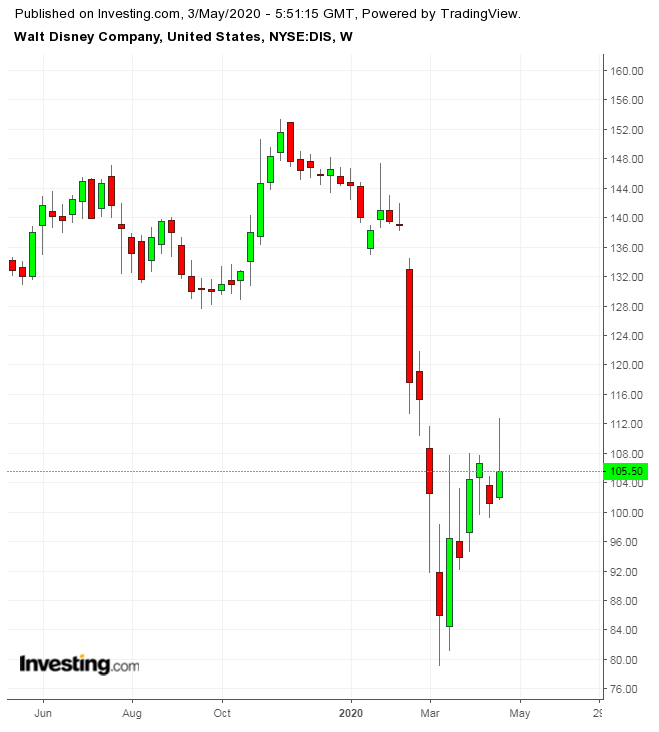 With the entertainment giant’s theme parks closed all over the world due to COVID-19, Disney is expected to report earnings from resorts and consumer products fell by $500 million or more in the period.

The Burbank, CA-based company is also suffering on other fronts: there are no live sporting events for its ESPN network to cover and no theaters currently open where its movies can be shown. Film and TV production has shut down, and its cruise ships are docked.

Faced with these challenges in the coming quarters, Disney probably won’t have much positive news to provide and could avoid delivering future guidance. One bright spot could be the subscriber numbers on its newly-launched streaming service, Disney+ which is benefiting from the stay-at-home environment.

General Motors (NYSE:GM) will report results for the first quarter before the market opens on Wednesday, May 6. The carmaker is expected to show $0.47 a share profit on sales of $32.09 billion. 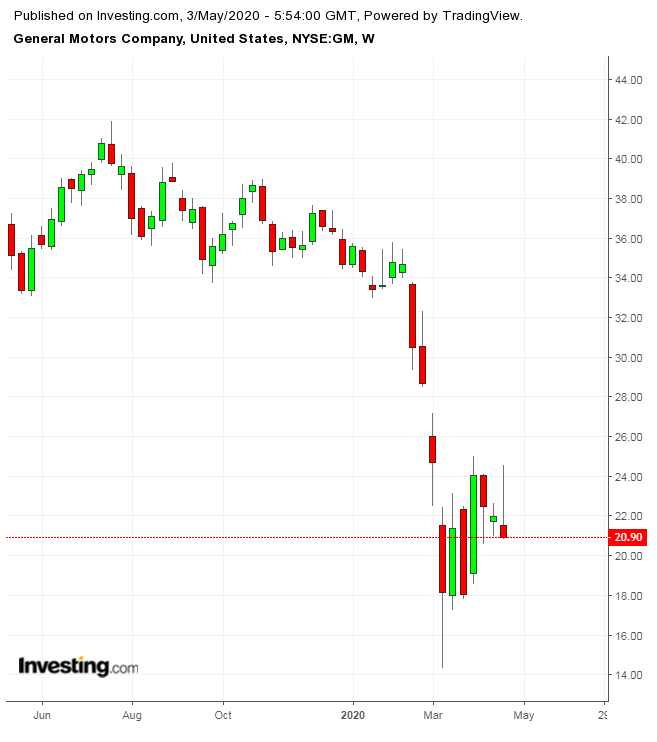 Auto manufacturers are among the worst hit companies in this pandemic. Global lockdowns have forced them to close their plants, while at the same time sales have collapsed.

Last week, GM suspended its dividend and share buyback program as the largest U.S. automaker seeks to preserve cash. The moves announced Monday follow other cash-saving measures taken at the beginning of April, when the company deferred 20% of salaried workers’ pay, cut top executive compensation and put 6,500 employees on leave.

GM shares have plunged more than 45% this year, massively underperforming the benchmark S&P 500 which is down about 13% since the beginning of 2020. The stock fell more than 6% on Friday to close at $20.90.

Investors in Tesla (NASDAQ:TSLA) are likely to face another volatile week. The electric carmaker’s shares plunged on Friday after its CEO, Elon Musk, said in a tweet that Tesla stock is too high. 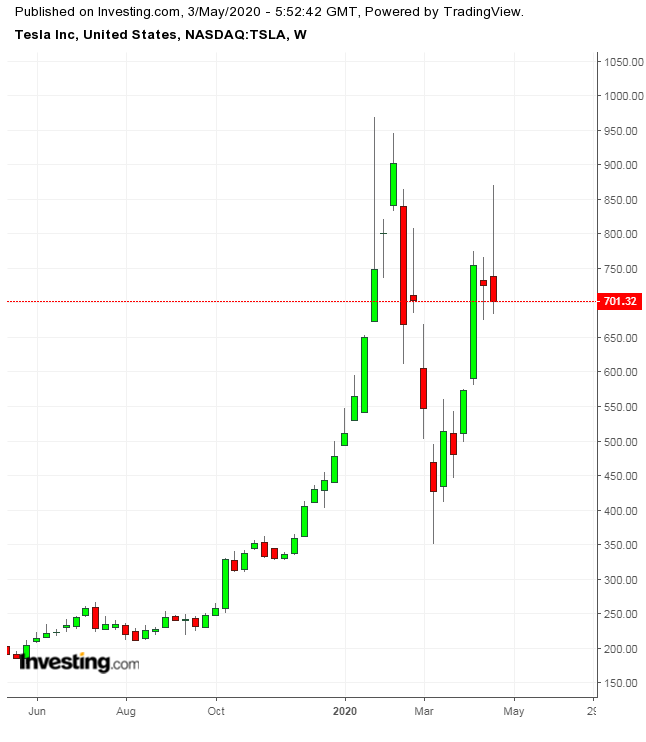 Musk posted more than a dozen times in a span of less than a 75 minutes on Friday, claiming he’s selling “almost all” of his physical possessions and won’t own a house. He also renewed his call for reopening the U.S. economy.

It’s not the first time Musk has warned investors about the high price of his own stock. In the three most recent events, Tesla shares remained in the red one year out, while in the 2013 episode, Tesla plunged 30% in the following month. It eventually recovered over the one-year period, According to Baird Equity Research cited by CNBC.

Investors became more confident about Tesla this year, after the carmaker released a better-than-expected earnings reports, raising expectations that the company was in a stronger position to withstand the coronavirus-triggered slowdown. Shares of the Palo Alto-CA company fell more than 10% on Friday, closing at $701.32.

Roche gets FDA emergency use nod for COVID-19 antibody test

Trade What You See On Chart, Not With An Opinion After Statement From Powell