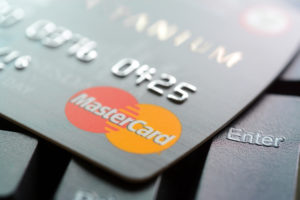 The European Merchant Bank, founded by Dr. Ozan Ozerk, has been regarded as an excellent digital bank ever since it first emerged. As they say on their website, they are a “digital bank with a human touch,” and that sums it up rather well. They nurture the spirit of open banking, and their goal is to bring face-to-face consulting practices to the digital era. They have a ton of experience in the field, and it is safe to say that they are an excellent choice.

Now, for ordinary people, merchant banks are not a topic of discussion that often because, as their name suggests, they do their business only with large merchant companies.

Merchant banks are traditionally considered to be a powerful ally for all large companies, dealing with all their financial inquiries and funds management, says Ekmel Cilingir,  Chairman of the Supervisory Board of European Merchant Bank.

The news we are discussing today is that the European Merchant Bank is now a member of MasterCard. That brought some new possibilities to how they can help companies benefit from hiring their experts and services.

Before we delve into the subject at hand, let’s first discuss MasterCard and the most important information to know about it.

MasterCard ranks second place in global payment networks, just behind Visa. Very few people haven’t heard the name MasterCard because it’s one of the most advertised companies in the world.

Hearing about it and understanding what it does is something completely different. Let’s go through some MasterCard basics and its features that the European Merchant Bank now offers.

It will speed up all unnecessary checks that are done when signing up for the service. In simple terms, when you pass their security checks, any financial transactions will be fast and smooth. What you’re getting is an open-looped card accepted in any place worldwide.

The use of cash comes down to a minimum when you join the MasterCard network. The European Merchant Bank now conducts its business using this popular network, which makes everything much simpler.

It’s a common mistake thinking that MasterCard is a branch of a bank and that it does what any bank would do. MasterCard collaborates with banks, and they are the institutions that handle the issuing of their cards.

Banks attract clients with different types of cards. They can be:

The most important thing to note about these cards is that some banks don’t charge any annual maintenance fee.

Some of our more inexperienced readers might ask the following question. If MasterCard is not a bank, how does it make its revenue? We will explain this in a few words.

The holder of the MasterCard payment card doesn’t directly pay after each transaction. Instead, the bank will pay their share when MasterCard calculates a percentage of their total transaction values.

Reaching Out to Unexpected Clients

Since the European Merchant Bank partnered with MasterCard in 2019, their goals in reaching out to new clients have changed.

Their focus turned to unexpected potential clients like unbanked and underbanked. We will talk more about them below. Besides them, Fintech companies got new opportunities created by partnering with the MasterCard network. The European Merchant Bank focuses on these groups for expanding their business in the future.

The focus of this merchant bank is the fact that regular bank branches never had luck signing these types of clients. Signing them might positively affect his merchant bank business and create a more significant gross dollar volume, from which he and MasterCard will benefit.

Now, let’s talk about who belongs in these groups of potential clients.

Unbanked is the term for all those living off the grid of the banking system. Those individuals prefer using cash for any payments and purchases. They avoid using any service from financial institutions like credit cards or personal checks.

That style of handling finances has a bad side in the 21st century because instead of making your payments and cashing out salary checks with ease, you must rely on other institutions that will do that for you.

The main goal of any Fintech company is to create software that does analysis and banking services instead of real bankers. With the growth of apps, they found a way of bringing banking closer to the clients in a much more practical way than before.

Using these apps makes taking a loan or paying your bills a comfort you can do by using your phone. European Merchant Bank invests in such projects because of the benefits it could bring them in the long term.

To sum everything up, the partnership between the European Merchant Bank and MasterCard opened many opportunities for all those signing up as their client. The chances are that after this deal went through, many large businesses will look into signing up for their services rather soon.

Getting to Know You: Glenn Delve, Managing Director of Ocea Group

Six Reasons Why Finance Professionals Should Consider Getting Their CFA Certification Businesses warned of a looming crisis of trust in 2021 China aims for sustained, healthy growth in the five years to 2025