I guess when an entire nation has employed so much of its citizenry as cocktail waitresses and retail clerks, none of this can be a surprise.

Over the past 10 years, the monthly jobs report morphed into something that was actually kind of boring. In recent months, whether the unemployment rate was 3.4% or 3.3% became sort of drab, and the only question each month was has many hundreds of thousands of jobs serving entrees at Denny’s had been created.

This has all changed, for obvious reasons: 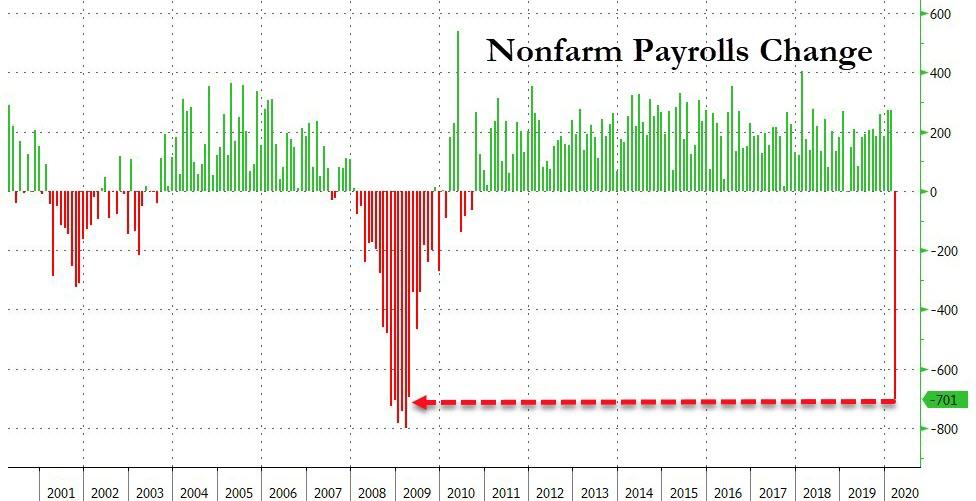 The /ES, which has been trying to mount a bit of a comeback all night, took a hit. It’s foolhardy to try to anticipate the day’s reaction to these jobs reports will be, however. In my experience, the initial reaction provides little in the way of guidance. We could end up down huge or up huge today – or somewhere in between. For whatever reasons, it takes all day for the market to figure out what to do with this data. 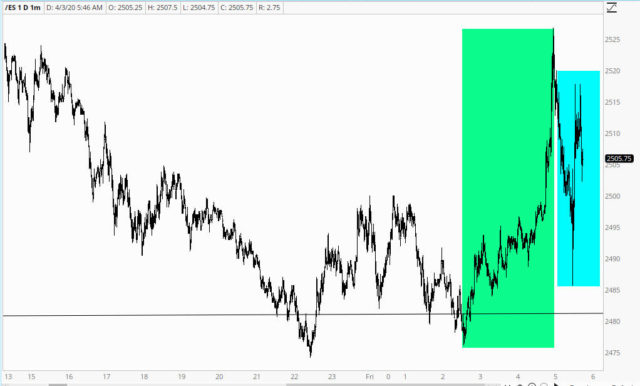 I will say, however, that today’s action is fairly important. A slip below the lows of the past 24 hours (tinted) would set us on a course for a meaningful down day. Conversely, if the market shakes off this report and pushes past the highs we saw in the wee hours of this morning, the bulls could start to get some badly-needed confidence. 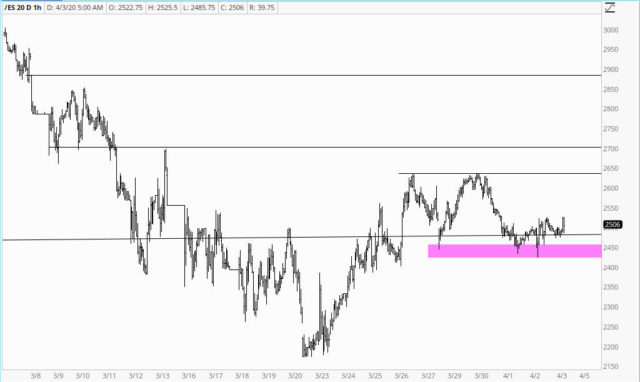 Gold is in a surprisingly similar position. Indeed, the equity chart (above) and gold chart (below) are virtually identical in form. 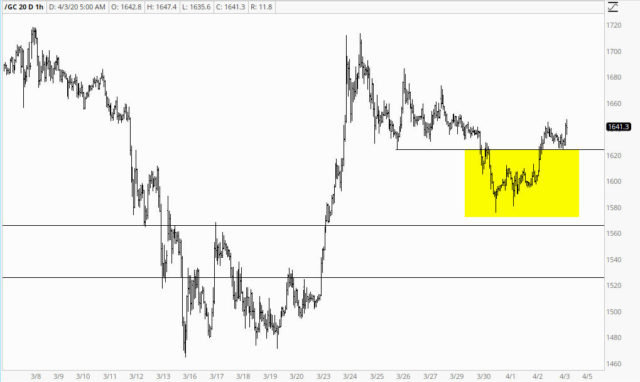 My biggest short position is bonds, by way of TLT, but I confess, I’m feeling a bit wobbly on this one. We are at a crucial junction. A push above the tinted zone below would set bonds up for another big rally (which would make a certain amount of sense, since plunging interest rates seem almost a requirement in this broken economy). However, if this bullish base fails, my TLT short could do great. In the back of my mind, I’m thinking that once those trillions of dollars start sloshing around the economy later this year, the Fed might be forced to raised rates. 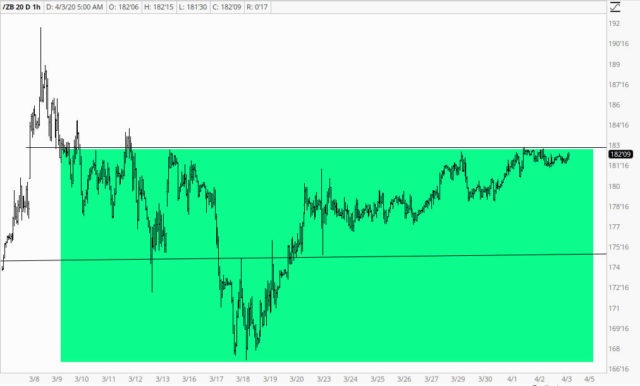 Pretty much the only, get-outta-my-way, I’m-going-up market over the past few days has been crude oil. Thinking back, we actually had a huge “buy” signal on this one, via the fact that the financial media was starting to talk about negative oil prices. When interpretations get that stupid, you know a reversal is on hand (sort of like when the media was talking about $5,000 gold back in the middle of 2011). Oil’s move has been historic. 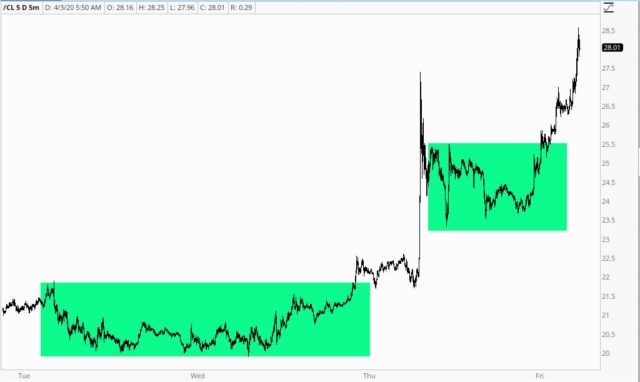