It was a rough week for the market, with all 4 indexes pulling back, as investors became bearish in a big way on Thursday, with COVID-19 cases spiking in certain reopened states and abroad.

The Dow dropped 6.9%, or 1,861 points on Thursday – its worst day since March 16. The decline marked the 4th biggest point-drop for the Dow on record. The VIX spiked more than 50%. This drop followed downbeat remarks from Fed chief Powell on Wednesday. In its monetary policy decision, the Fed projected interest rates would remain near zero through 2022 and telegraphed that its pace of asset purchases would remain at minimum at the current rate.

The USD fell vs. the yen and the Swiss franc this week, and rose vs. most other major currencies.

“The U.S. Federal Reserve on Wednesday signaled it plans years of extraordinary support for an economy facing a torturous slog back from the coronavirus pandemic, with policymakers projecting the economy to shrink 6.5% in 2020 and the unemployment rate to be 9.3% at year’s end.

In the first economic projections of the pandemic era, U.S. central bank policymakers put into numbers what has been an emerging narrative: that the shutdowns, restrictions and other measures used to battle a health crisis will echo through the economy for years to come rather than be quickly reversed as commerce reopens.” (Reuters)

“The National Bureau of Economic Research said Monday that the COVID-19 crisis has officially launched the U.S. economy into a recession, thus ending the longest economic expansion on record. The committee said that it had determined that economic activity had peaked in February, citing sharp drops in employment and personal consumption following that month. The recession declaration ended the 128-month economic expansion that began in June 2009, which eclipsed the 1990s recovery as the longest on record.

When the NBER declares a “peak,” it essentially marks the beginning of a period of “significant decline.” (YahooFinance)

“The Federal Reserve left interest rates unchanged and near zero on Wednesday as the central bank projected a gradual economic recovery from the pandemic-induced recession.” (Reuters)

“Over 1.5 million filed for unemployment benefits last week as layoffs spread to more job categories in spite of businesses reopening. New applications for state unemployment benefits fell to a seasonally adjusted 1.542 million for the week ended June 6, from 1.897 million the prior week, the Labor Department said on Thursday. That pulled initial claims further away from a record 6.867 million in late March.” (Reuters) 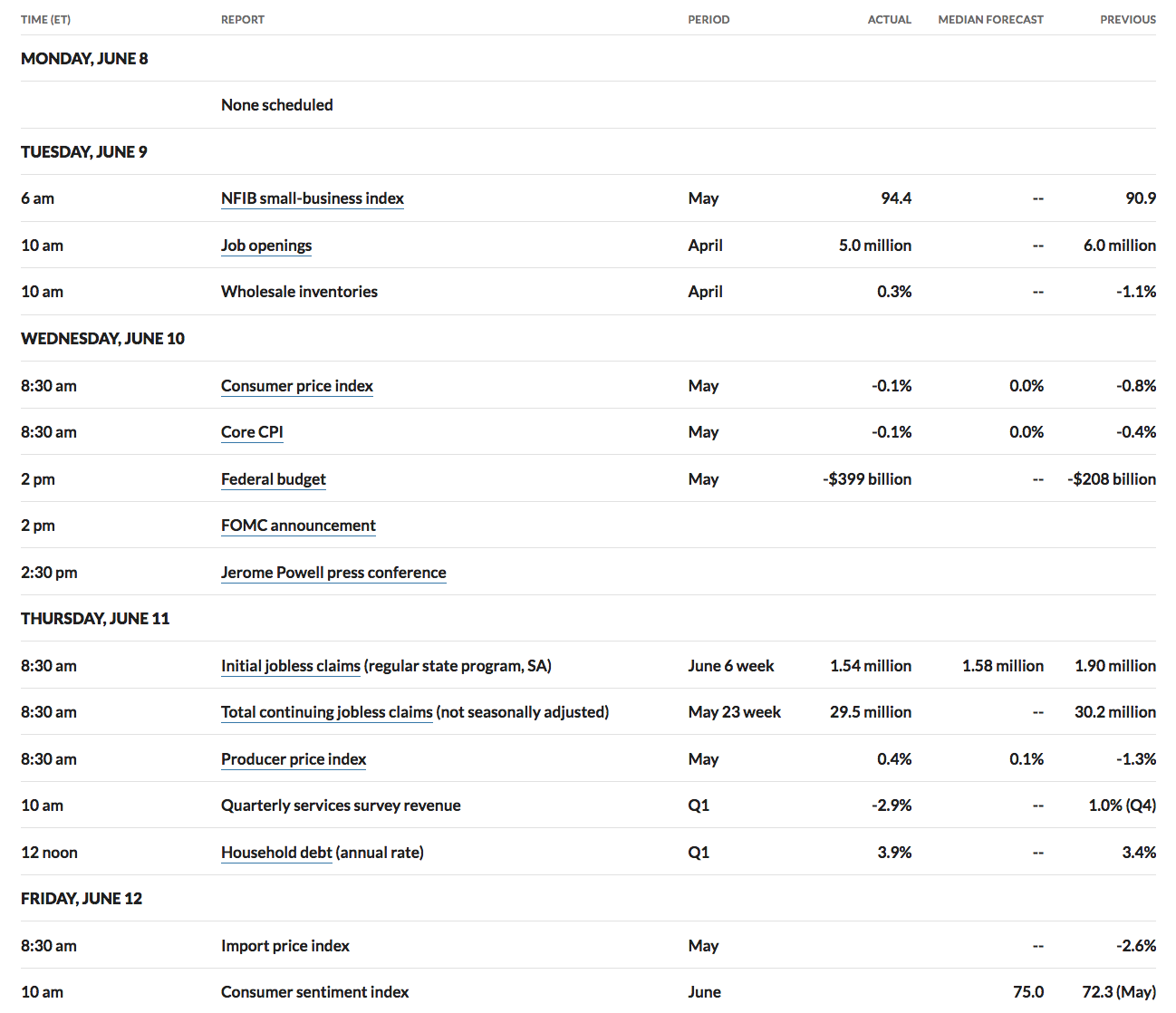 Several Housing reports are due out next week – the Homebuilding sub-sector had been making a good comeback from the March lows, but pulled back ~7% this week.

Next Week’s US Economic Reports 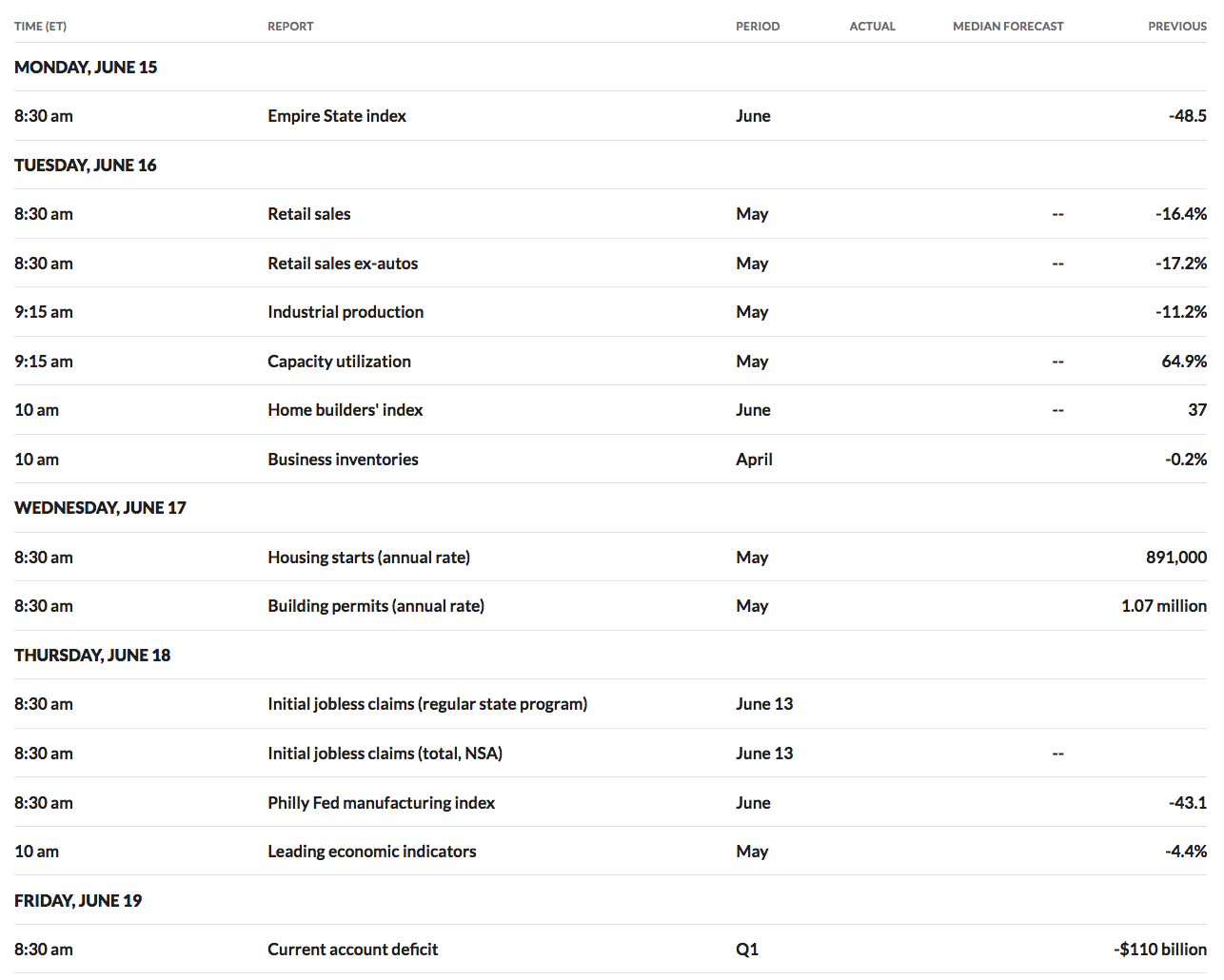 Next Week’s US Economic Reports

All sectors fell this week, with Tech being the most resilient, and Energy lagging. 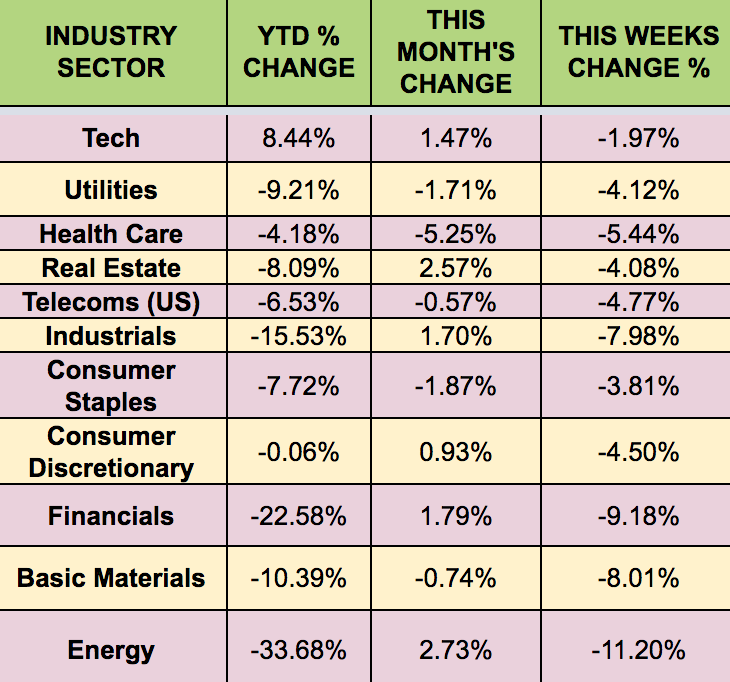 Oil fell this week, due to the recovery being seen as a longer time period, with slower demand gains. WTI fell 7.86% this week, ending at $36.46.

“Baker Hughes on Friday reported that the number of active US oil rigs edged down by seven to 199 this week. The number of oil rigs has seen much larger weekly declines in recent weeks, but have been falling on a weekly basis since mid-March. The total active U.S. rig count, meanwhile, also fell by five to 279.” (MarketWatch) 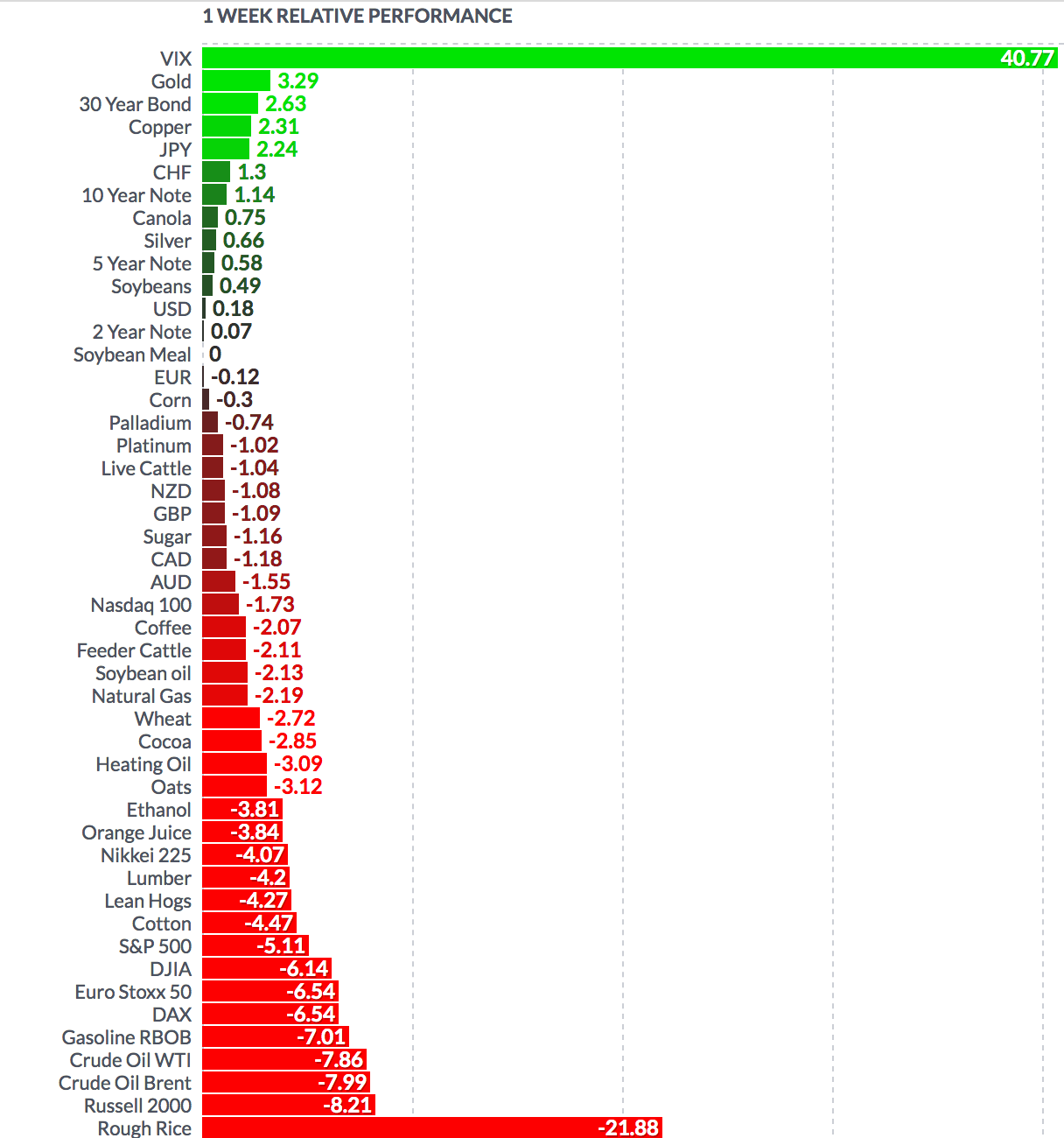