“There are decades where nothing happens, and there are weeks where decades happen.”

Poetically, today’s market volatility (a proverbial day where a decade is happening) is heavily a result of actions from Russia, Lenin’s motherland. After Russia rejected an oil production cut plan from OPEC late last week, Saudi Arabia launched a full-on “price war,” cutting prices for a barrel of oil by $6-$8 over the weekend. With production ramping up at the exact moment that demand is drying up due to coronavirus fears, the oil market has gone into a tailspin, collapsing by over 20% so far today to trade down nearly 50% on the year to date.

Combined with this weekend’s dour headlines around the spread of coronavirus, the massive move in oil has thrown global markets into sheer panic:

While those moves are certainly headline-grabbing, the normally stoic FX market has seen its fair share of volatility as well. As of writing, the most dramatic moves are in the “safe haven” Japanese yen, which is tacking on roughly 3% against the US dollar and in the oil-correlated Canadian dollar, which is falling by more than 1.5% against the greenback. As the chart below shows, almost every major currency pair has eclipsed its average daily move already, and those dramatic moves could easily extend heading into North American trade: 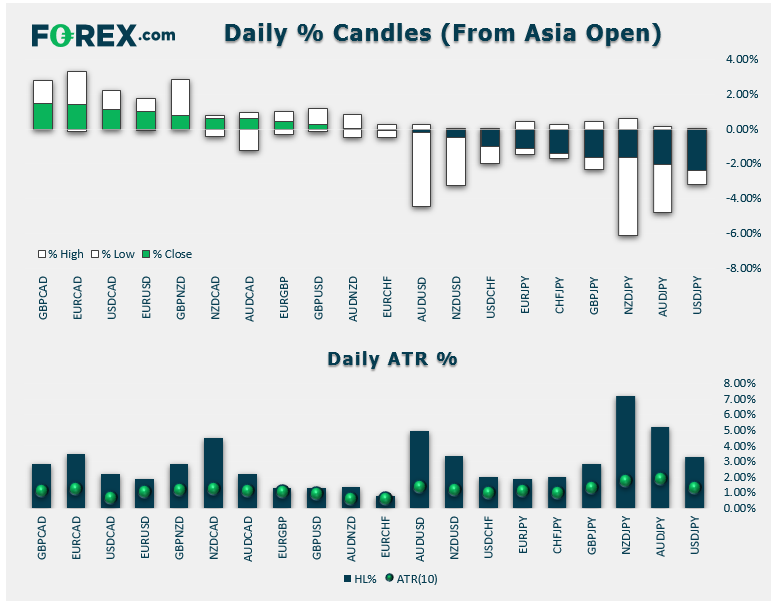 For the rest of the day, global markets will take their cue from Wall Street. There’s no doubt it will be an ugly day for investors regardless, but if US traders are able to stem the bleeding or even prompt an intraday rally, bargain hunters could step in and prompt a bounce in risk appetite. On the other hand, if US traders extend the panic from the Asian and European sessions, we could see a true collapse in global markets as investors acknowledge that the situation will likely get worse before it gets better.

Regardless, the US dollar index has definitively broken the key support level we highlighted on Friday. As of writing, the index is trading down nearly 1%, the biggest one-day drop since August and the second-largest drop since early 2018. With some analysts estimating that coronavirus cases in the US will (at least) double this week, the fundamentals of the economy and markets are likely to get worse before they get better. Technically speaking, the US dollar index is probing minor support from October 2018 and January 2019 near 95.00, but a definitive break below this floor could expose the lows from Q3 2018 near 93.75 next. 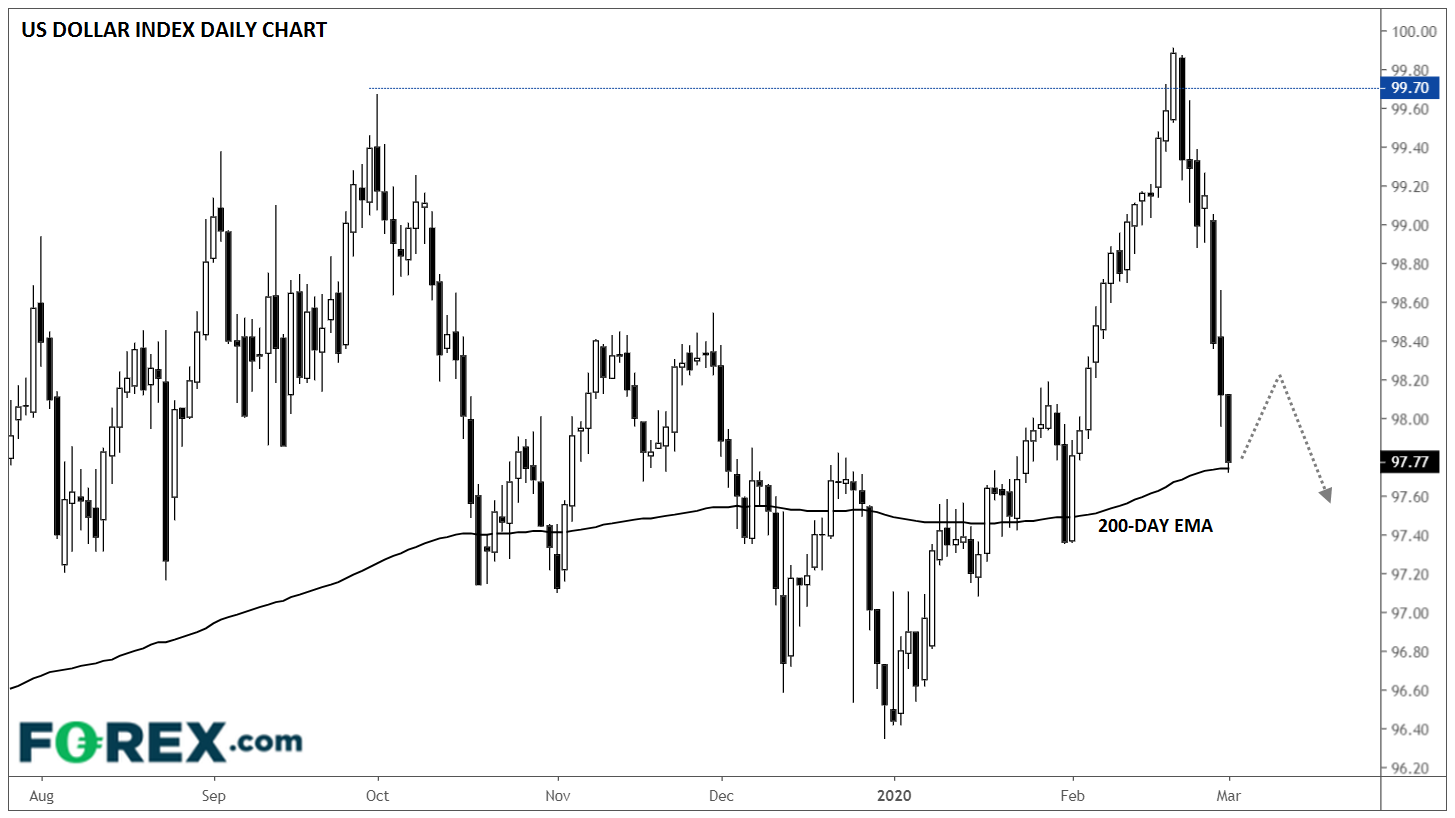 No One Wants To Buy The Dip, Lower oil Prices Are Here To Stay