It was a terrific April for stocks. Nonetheless, it left investors with a lot of significant questions.

The most important: do you actually believe what the markets are saying? Which is: a recovery will erupt like fireworks once everyone goes back to work.

Or, instead, do you believe the economy’s overriding signal? That the coronavirus pandemic exposed shaky economic foundations across the globe that will take time to repair. And that would mean stocks have gotten ahead of themselves. 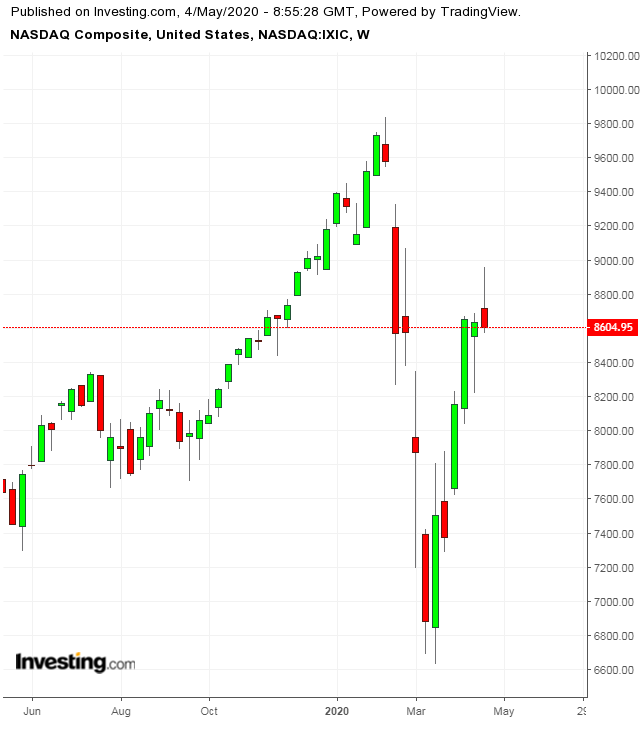 That said, the S&P 500, Dow and NASDAQ still ended April showing losses for the year, though the NASDAQ 100 was actually ahead 3% on the year when April closed. It lost all of that on Friday, May’s first trading day.

Each of these benchmarks are well off their all-time highs set in February. Moreover, the S&P 500, Dow and NASDAQ have fallen in nine of 17 weeks this year.

Sectors, Stocks That Were Hot…And Not

Energy stocks led in April, but did so only after oil prices bounded back after collapsing from oversupply and battles over who controls global energy prices. The May contract for West Texas Intermediate actually went negative for two days, something that logically should not happen. WTI for June delivery fell under $20 on Friday and has continued sliding in futures trading on Monday.

The Energy Select Sector SPDR ETF (NYSE:XLE) was up 31% in April. Sounds great, except that it fell nearly 52% in the first quarter and is off 40% for the year. 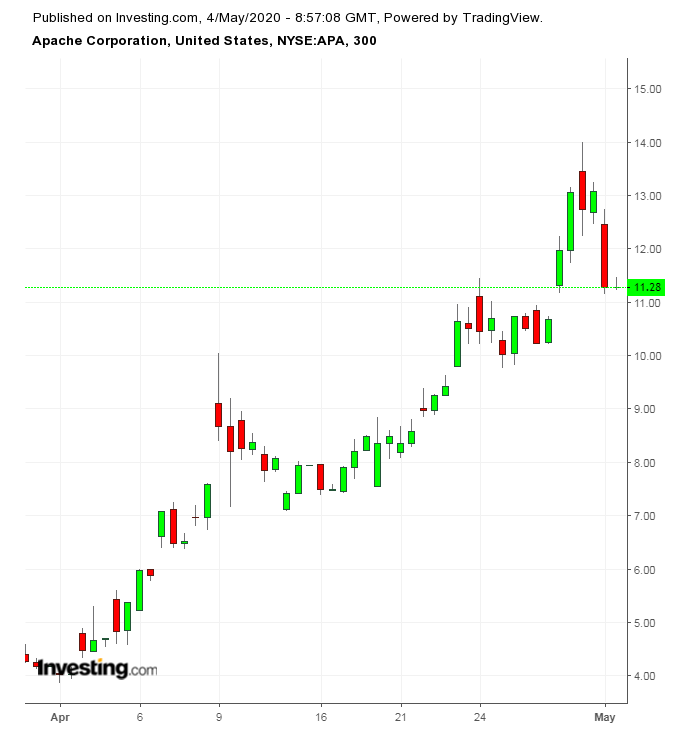 Apache (NYSE:APA), one of the biggest oil-and-gas producers, was up nearly 213% in April but fell 84% in the first quarter.

To see where there was strength in the market means looking at technology and communications services stocks. And mega cap stocks, especially Microsoft (NASDAQ:MSFT), Apple (NASDAQ:AAPL), Amazon (NASDAQ:AMZN) and Alphabet (NASDAQ:GOOGL).

And just plain hot stocks, like Tesla (NASDAQ:TSLA), up 47% for the month and 86% for the year as of April 30. Even CEO Elon Musk said on Thursday’s analyst call the stock was too high; it fell 10.4% on Friday. 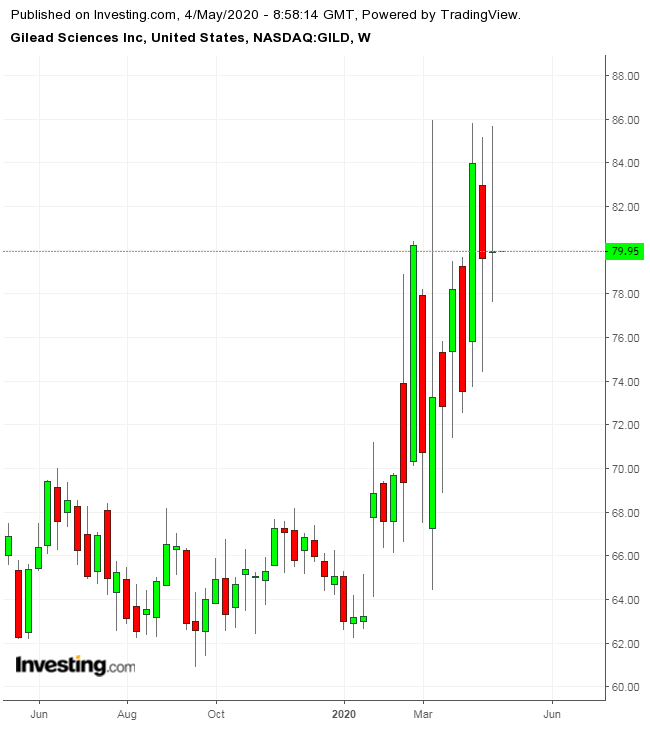 An important area of strength: healthcare shares, especially stocks of company’s that have a shot at creating vaccines that can cure the coronavirus. Gilead Sciences (NASDAQ:GILD) jumped 21% during the month and is up 24% for the year because limited, early trials of its drug remdesivir helped COVID-19 patients recover more quickly.

Biotech stocks overall had a strong April. The NASDAQ Biotechnology Index was up 15%, recovering a 13.45% loss in March. The index rose 24.4% last year because of interest in cancer and related drugs.

April produced gaudy results for stocks. As Friday’s slump, along with weak energy and U.S. index futures contract performance ahead of Monday’s open show, investors will be facing a lot of volatility as the first trading week of May begins. The risks right now are numerous:

Sounds daunting, but Berkshire Hathaway’s Warren Buffett pronounced himself optimistic at the company’s annual meeting on Saturday, even as his company reported a $49.7 billion loss for the first quarter. Most was due to writing off asset values because of the coronavirus.

Forget Gilead, These 2 Pharma Dividends Pay Up To 10%