U.S. futures, including for the Dow, S&P 500 and NASDAQ, along with European stocks, are all following Asian shares lower after a significant escalation in coronavirus infections in China was reported earlier today.

Safe havens such as Treasurys, gold and the yen advanced.

On Thursday, health officials in China added more than 14,840 new cases to the number of people previously reported to have come down with the illness in Hubei province alone, where the outbreak first started. Fatalities in the province rose to 1,310, including 242 new deaths.

The significant jump is the result of a change in the criteria Chinese health officials are using to diagnose the Covid-19. Consequently, a number of high-level local health officials were sacked. This comes after wide accusations that China is covering up the true impact of the outbreak.

The three main U.S futures indices have pulled back from their record hghs, and yesterday’s Wall Street gains will likely be wiped out during the U.S. session. 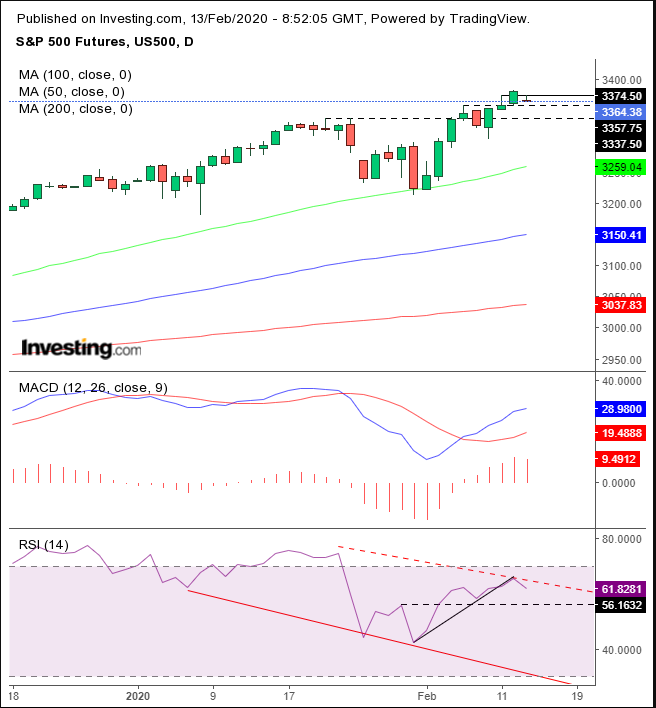 The contract on the S&P 500 Index is struggling with Tuesday’s shooting star. Traders were given an earlier warning, when trading produced a shooting star also last Thursday–all paying tribute to the Jan. 22 intraday high. When the RSI falls below the 56 level it will form a downtrend, while the lagging MACD is catching up.

Banks and mining firms pressured the STOXX Europe 600 Index into its first decline of the week.

Earlier, during the Asian session, Australia’s ASX 200 was the only regional index in the green (+0.47%), fueled by shares of the country’s third-largest bank, National Australia Bank (ASX:NAB), which jumped 1.4% to a three-month high after announcing new share sales and improving business strategy.

No surprise, China’s Shanghai Composite underperformed, (-0.71%), though not significantly in our opinion, relative to the gloomy news. Presumably, faith in the country’s ongoing stimulus efforts is keeping demand in place. Hong Kong’s Hang Seng was down 0.34%.

Yesterday, however, Wall Street celebrated, on the belief that the viral outbreak was slowing. All three major indices–the Dow Jones, S&P 500 and NASDAQ Composite–each hit new records, on optimism the economy would now pick itself up, dust itself off and move past the global epidemic. Yesterday’s data such as Singapore retail sales and eurozone industrial production all showed a slowdown, ramifications of the viral outbreak. 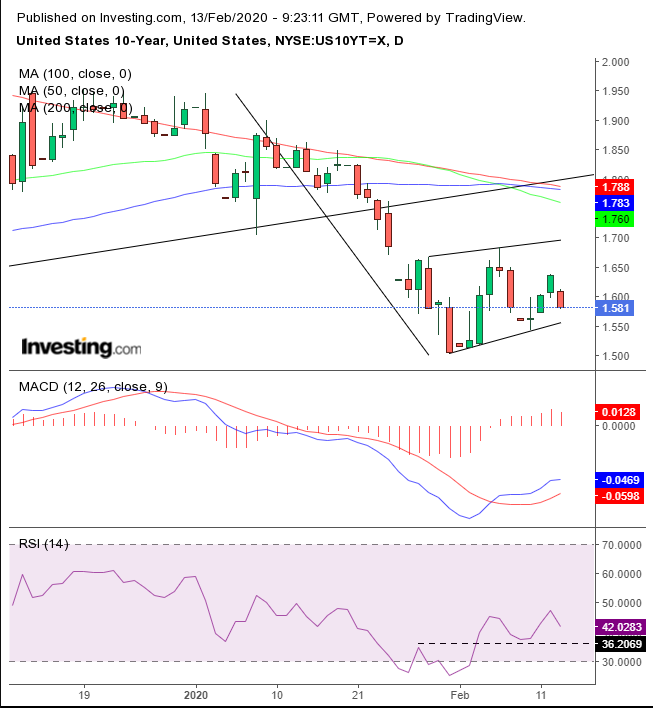 Yields, including for the U.S. 10-year Treasury, dropped the most since Friday. They headed toward the end of a flag whose downside breakout would suggest another leg down in the current downtrend.

The dollar pared half of yesterday’s gains. 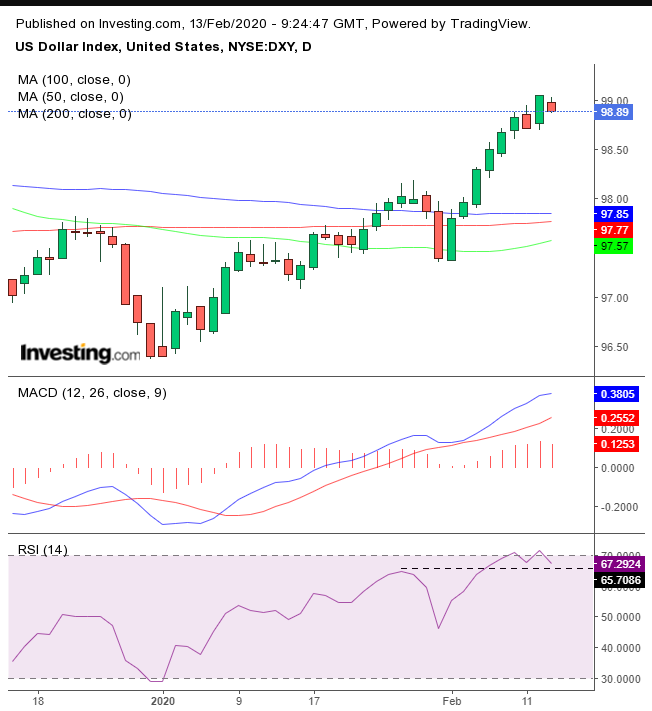 Both the MACD and RSI are now oversold. Indeed, the latter indicator may be topping out. The USD is also producing its third consecutive shooting star. 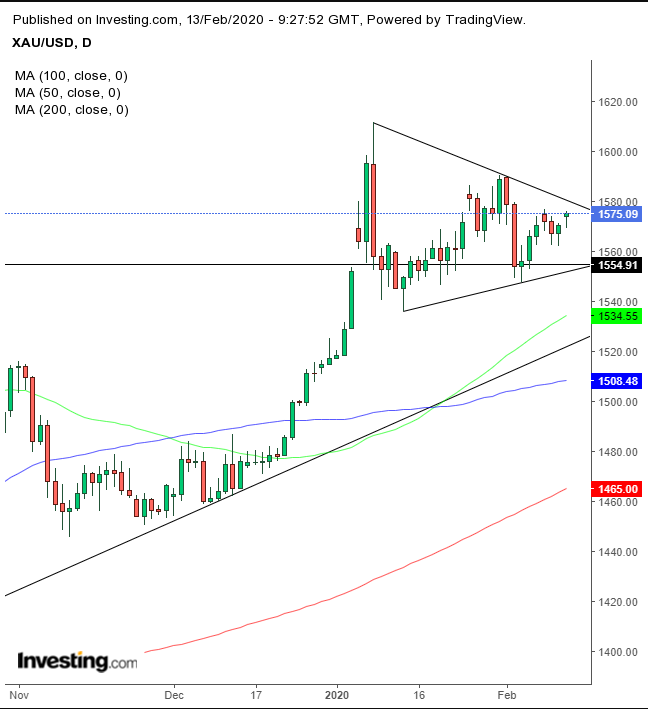 Gold jumped to its highest level since Jan. 31, as it nears the top of a symmetrical triangle, bullish within the uptrend.

What We're Watching: Consensus Is Negative BBBY, But Demand Could Be Growing

Democrats - If the 1st fake impeachment didn’t work we must impeach again! Digitized small firms to boost GDP by up to P1.36 trillion in four years — Cisco