(Bloomberg) — New Zealand’s central bank left interest rates unchanged and signaled it won’t need to cut them further unless the coronavirus outbreak has a bigger-than-expected impact on economic growth.

“We assume the overall economic impact of the coronavirus outbreak in New Zealand will be of a short duration, with most of the impacts in the first half of 2020,” the Reserve Bank said Wednesday after holding rates at 1%. “There is a risk that the impact will be larger and more persistent. Monetary policy has time to adjust if needed as more information becomes available.”

The RBNZ is juggling upbeat signals from a recovery in the housing market, a lift in inflation and falling unemployment against the risk of growth being curbed by a prolonged impact from the virus. The RBNZ trimmed its first-quarter growth forecast but raised its projections for the cash rate, suggesting it no longer sees a chance of further easing.

“We think the improvement in underlying economic conditions means the RBNZ’s easing cycle is now over,” said Ben Udy, an economist at Capital Economics in Singapore. “The bank emphasized that there was still time to cut rates to support the economy if needed at a later date. But for now, the impact of the coronavirus was expected to be short-lived.”

The RBNZ’s new projections show the average OCR falling no lower than 1% through 2020, and starting to increase from mid-2021. Previously, the track fell to 0.9% this year, implying some risk of a cut.

The monetary policy committee’s decision was reached by consensus, according to a record of the meeting also published Wednesday.

The RBNZ said employment is at or slightly above its maximum sustainable level while inflation is close to the 2% mid-point of its 1-3% target range.

“Low interest rates remain necessary to keep employment and inflation around target,” the bank said after keeping the official cash rate at a record low. “Economic growth is expected to accelerate over the second half of 2020 driven by monetary and fiscal stimulus, and the high terms of trade.”

While trimming its first-quarter growth forecast to 0.4% from 0.7%, the central bank revised subsequent quarters higher. It now sees growth in the year through March 2021 of 3.4% compared with 2.7% previously.

The bank’s economic outlook is more optimistic than many private-sector economists, some of whom predict the virus will cause a much sharper slowdown. ASB Bank this week forecast the economy could contract in the first three months of the year as the nation’s borders are shut to Chinese tourists during the peak season, and plant closures stem the flow of goods and services into China.

Still, a report last week showed the jobless rate fell to 4% in the fourth quarter, matching a decade low, and there are signs that inflation pressures are mounting.

The RBNZ expects inflation to reach 2.2% this quarter and remain around its 2% goal over the remainder of the forecast period. 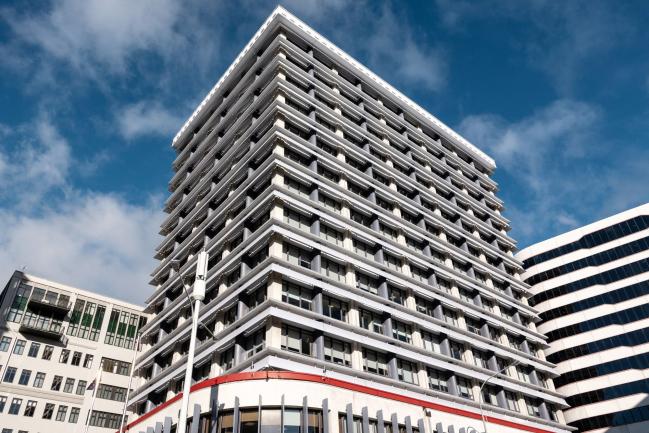 Malaysia's fourth-quarter economic growth slumps to decade-low of 3.6%, below forecast With eye on China, India looks to increase barriers on imports from Asia