“Trading doesn’t just reveal your character; it also builds it if you stay in the game long enough.” – Yvan Byeajee

Asian markets turned lower in a nervy start to the new week. China shares were the outlier, trading flat despite industrial and retail data missing expectations. Central banks in Indonesia and Taiwan meet this week.

European shares are opening weaker. Fears of a second-wave are dampening the optimism surrounding several European counties opening borders to allow tourism today. The DAX has tumbled 400 points, taking it below the key 12,000 thresholds after the weaker data from China hurt the prospect of a quick rebound in orders for German exporters. The FTSE 100 is the exception to the rule, pushing higher. A weaker Sterling is increasing the value of overseas profits accounted for in pounds.

The dollar is renewing its comeback, gaining against most major currencies with the exception of the yen. The yen-strength could be a consideration for the BOJ on the first of its 2-day policy meeting. The risk off environment that is keeping the dollar bid is weighing especially on Sterling as PM Boris Johnson fires up his PC for an online meeting with EU leaders. The weaker action in the pound would suggest few bets on another ‘Wirral pathway to a deal’ moment.

The stronger dollar is pulling gold lower and oil is rolling over with waning expectations for global growth after the China data missed. It’s a low-key day on the economic calendar so the best hopes for the market to re-evaluate growth expectations could come from the NY Empire Manufacturing Index. New York City was one of the epicenters for the pandemic in the US and now businesses are closed again in fear of looting from bad some actors during protests. 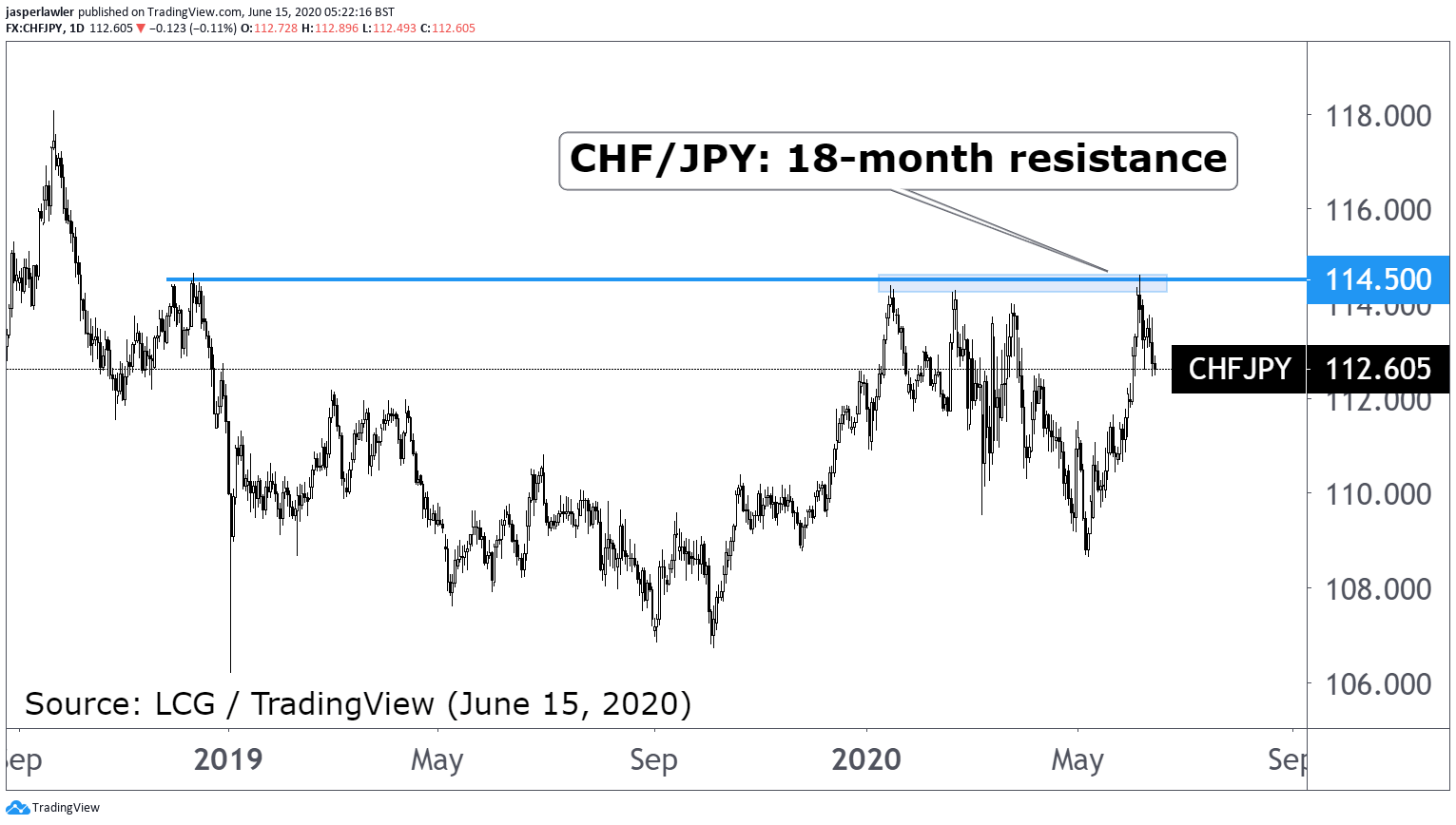 As the SNB and BOJ prepare to meet this week, the CHF/JPY currency pair has pulled back from 18-month resistance at 114.5. The exchange rate has been especially range bound this year as investors sought both currencies as a haven during the pandemic.

6 Monster Stock Market Predictions For The Week Ahead

Winners of the 2020 Whitley wildlife conservation awards – in pictures Spain Producer Prices Decline At A Softer Pace In July