With people all over the world limiting the amount of time they spend outside of their homes as a result of COVID-19, it’s not surprising that Uber (NYSE:UBER) is getting hit particularly hard.

A few weeks ago, it was reported that Uber’s global gross bookings and value of bookings have declined 80% and more than 50%, respectively, from the same period a year earlier. Uber Eats–the company’s meal delivery service, has reportedly seen an uptick in business, however, it’s much smaller than Uber’s ride-sharing business and loses money. 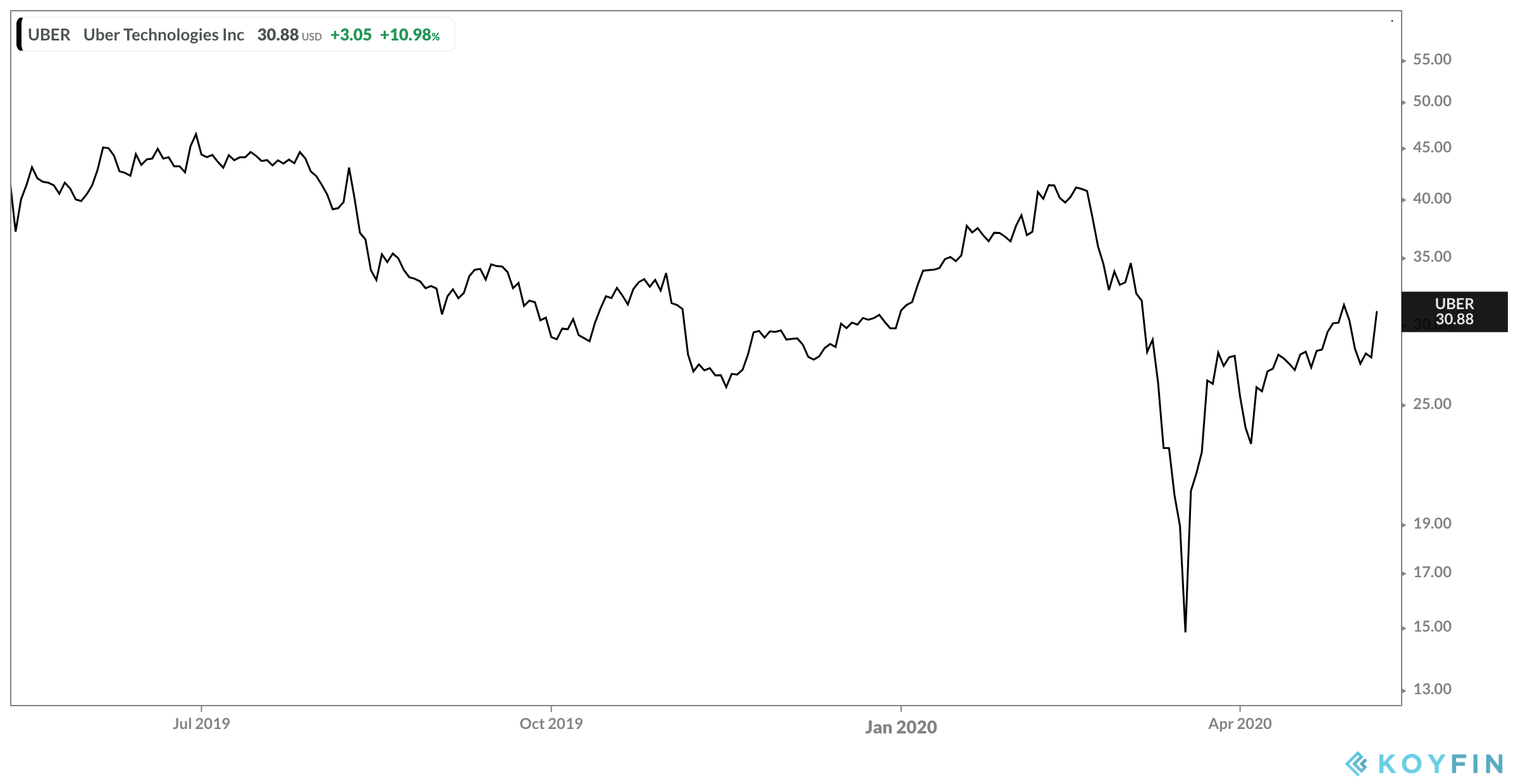 An Uber spokesperson pointed to comments made by CEO Dara Khosrowshahi, that if Uber saw an 80% decline in bookings for the rest of the year, then the company would still have $4 billion in cash.

With bookings down, Uber has turned to goods delivery in an attempt to get some of the lost revenue back. Uber recently revived Uber Direct and Uber Connect. Uber Direct enables businesses to deliver goods to customers, while Uber Connect enables individuals to send items to their friends or family.

Despite Uber Eats, Uber Direct and Uber Connect trying to fill the void, Uber still withdrew its 2020 financial guidance last month. Uber also announced it expects to take an impairment charge of between $1.9 billion and $2.2 billion as a result of minority equity investments the company made.

This week, Uber disclosed its intention to lay off 3,700 employees, or 14% of its global workforce. Uber said the layoffs are to reduce operating expenses “in response to the economic challenges and uncertainty resulting from the COVID-19 pandemic and its impact on the company’s business.”

“Days like this are brutal. I am truly sorry that we are doing this, just as I know that we have to do this,” Khosrowshahi wrote in an email to employees.

“We are looking at many scenarios and at each and every cost, both variable and fixed, across the company.”

Despite the decline in ridership and the need to cut operating expenses via layoffs, Uber announced yesterday it is leading a $170 million investment round in scooter startup Lime.

Ironically, as the company prepares to write-down prior poor investments, Uber is investing in a company that reportedly lost more than $300 million in 2019. Lime’s valuation in this funding round is reportedly down 79% from its April 2019 valuation of $2.4 billion to $510 million.

“We’re glad that our customers will continue to have access to bikes and scooters in both our apps because we believe micro-mobility is a critical part of the urban landscape, now more than ever,” Khosrowshahi said of the acquisition.

While Uber’s goal of tying its business into that of Lime’s is not necessarily a bad thing, the news of the investment coming just one day after announcing mass layoffs may not sit particularly well with employees.

We now wait to see if Uber will one day add Lime to the growing list of investments that it has to write down.

The Momentum Trade That's Taking The Entire Market Up With It