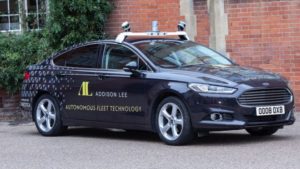 Uber is selling its self-driving car business to a smaller rival in a $4 billion deal that ends the ride-hailing group’s ambitions to develop its own autonomous vehicle.

The San Francisco-based company will transfer the division to Aurora Innovation, and will also invest $400 million in the Silicon Valley start-up. Uber will have a 26 per cent stake in Aurora.

It will bring down the curtain on Uber’s troubled solo attempt to develop a driverless vehicle. The deal values Uber’s Advanced Technologies Group at $4 billion, significantly less than the $7.25 billion price tag that was put on the division last year in a $1 billion fundraising with investors.

Uber started its autonomous car division in 2016 and the initiative has been a considerable cash burner for the company because of its high costs. The project was also involved in a fatal accident in 2018, when a pedestrian in Arizona was killed after she was struck by an Uber self-driving car.

Aurora was founded in 2017 by Chris Urmson, the former lead engineer for Google’s self-driving project, and is valued at $10 billion by the deal with Uber. The two companies said last night that producing a driverless truck will be the division’s first priority under Aurora.

Uber, which is led by Dara Khosrowshahi, has been examining options for the division for some time. It is hoping to accelerate its push to profitability by offloading the business.