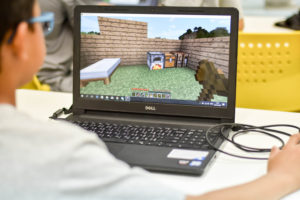 By 2023, the UK gaming sector is expected to reach £10bn and within 5 years, it’s expected that employment will scale 80, 000. Additionally, there will be a 20% increase in YoY vacancies to date.

Whilst revenue generated from online games has surged in 2020, so too has the online gambling industry. Betting sites such as CSGOBook.com have reported a massive increase in players, particularly in the months of April to June.

Throughout the global health crisis, the gaming sector has outperformed the music, video, and film industry. The gaming sector also recorded +218% increase and the UK is currently ranked as the world’s fifth-largest gaming sector.

It has been predicted that the UK’s gaming sector will almost triple in value. The £4bn industry will expectedly hit £10bn in less than three years. Within the next five years, the sector’s 27,000 employees may triple in size too.

Next month, Gaming: The Perfect Play for Growth will be released by Robert Walters, a recruitment agency. The new report by the agency highlights the importance of the gaming industry as the only subsector of the leisure and entertainment industry that isn’t negatively affected by the global health crisis. During the period, the subsector made more games than the music, video, and film industry combined.

The Q1 of the New Year testifies to this landmark achievement. When the Q1 ended, the subsector has recorded a 218% increase in physical game sales while digital download experienced a 67% increase week in, week out. The call for a ban on social contact, thanks to the crisis, also resulted in an increased demand for more games, driving the sub sector forward.

In the words of Robert Walters’ Senior Manager Technology, Tom Chambers, the global health condition has impacted the game sector massively. In view of the general ban on sporting and hospitality activities, people had no option than to turn to games as the only source of communication and entertainment.

He added further that the availability of games on different platforms – apps, mobile, and PCs, has contributed significantly to the increased accessibility that games enjoyed while the health challenge lasted.

According to him, online games came to the rescue, thanks to its interactivity front. This enabled people who are locked indoors to maintain their relationships with friends and family members who couldn’t naturally meet while maintaining the social distancing order.

Seizing the opportunity to play games online, the over 60’s also took to gaming to enable them maintain their mental health as well as connect with their grandchildren.

The stay-at-home order notwithstanding, gaming companies are not laying their workers off but rather, have increased their vacancies by 20% across all sectors while the IT sub sector witnessed a 43% rise in vacancies.

It is expected that some sectors of the gaming industry will experience astronomical growth. For instance, developers will increase by 91%, artist/creative by 59%, project management by 140%, and audio/video specialists by 76%. The increase is necessary to meet the increasing global demand for games.

Tom Chambers added further that some countries have carved a niche for themselves as big players in the market. Some countries such as South Korea, Japan, the US and China lead the pack. Although the UK is still considered a newbie in the industry, yet, it is currently ranked as the 5th largest gaming market.

The alarming growth rate of the UK game market is proof of the success achieved by game development companies in the country. It also proves that game sales in the country are going north. While it is not as populated as the countries listed above, the UK is a competitive country in the area of technology development. No wonder that the country can boast of some of the best hands in the gaming industry.

Furthermore, UK gaming companies are strengthening their staff by recruiting more hands into the marketing and sales sector. The goal is to leverage their marketing skills to push their products to the world and monetize them. For instance, in 2019, the marketing vacancies in the UK gaming sector increased by 25% in comparison with 2018.